Did you know that you can navigate the posts by swiping left and right?

RoboCup is the largest and most challenging competition I have been to. It was very fun to work in such a big team with so much going on. The following article was written by the University of Manitoba Faculty of Science. You can find the original article here

The Department of Computer Sciences is thrilled to announce that this year’s team from the Autonomous Agents Lab won first place in the Technical Challenges category at the 2018 Robocup Robotics Competitions held in Montreal from June 16th to 22nd. The soccer portion of the competition includes four individual events, including push recovery, high jump, high kicks and goal kicks. Under the team leadership of post-doctoral fellow Dr. Meng Cheng Lau, AMN United overcame a number of hardware glitches including worn servo motors to come first in push recovery, goal kick, and high jump, which is their best result ever! 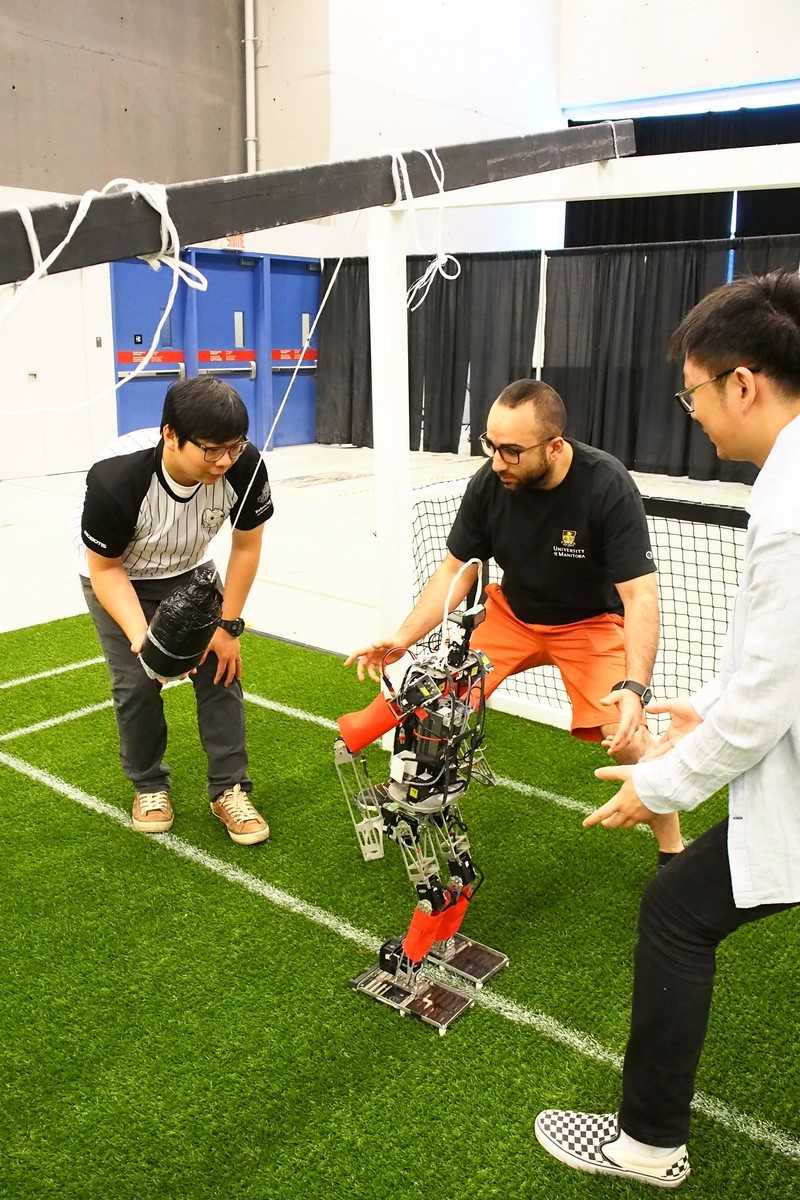 This year’s event saw the UofM team extend their partnership with both Iran’s Amirkabir University of Technology (AUT) and Taiwan’s National Taiwan Normal University (NTNU) to form a new team called AMN United. Professors Soroush Sadeghnejad (AUT) and Jacky Baltes (NTNU) were instrumental in the teams’ success as well, travelling to Montreal for the competition.

Lau acknowledged that this Robocup win was definitely a team effort:

“Congratulations and thanks to all lab members who contributed and worked hard to make this happen; PhD student Amirhossein Hosseinmemar, undergraduate students Chi Fung (Andy) Lun, Mario Mendez Diaz, Beom-Jin Park, and ECE M. Sc. Ziang(Daniel) Wang who travelled to Montreal [as well as] undergraduate student Borui Li who remained at the lab. Unfortunately, Professor John Anderson was unable to travel with us due to his health condition. Many thanks also to the Faculty of Science, the Department of Computer Science, and the University of Manitoba, all of whom helped with student travel expenses.”

Next up for our champions is the Opens in new windowFIRA World HuroCup multi-sport humanoid robot event. This will be held in Taichung, Taiwan from August 6th to 12th. Good luck!!